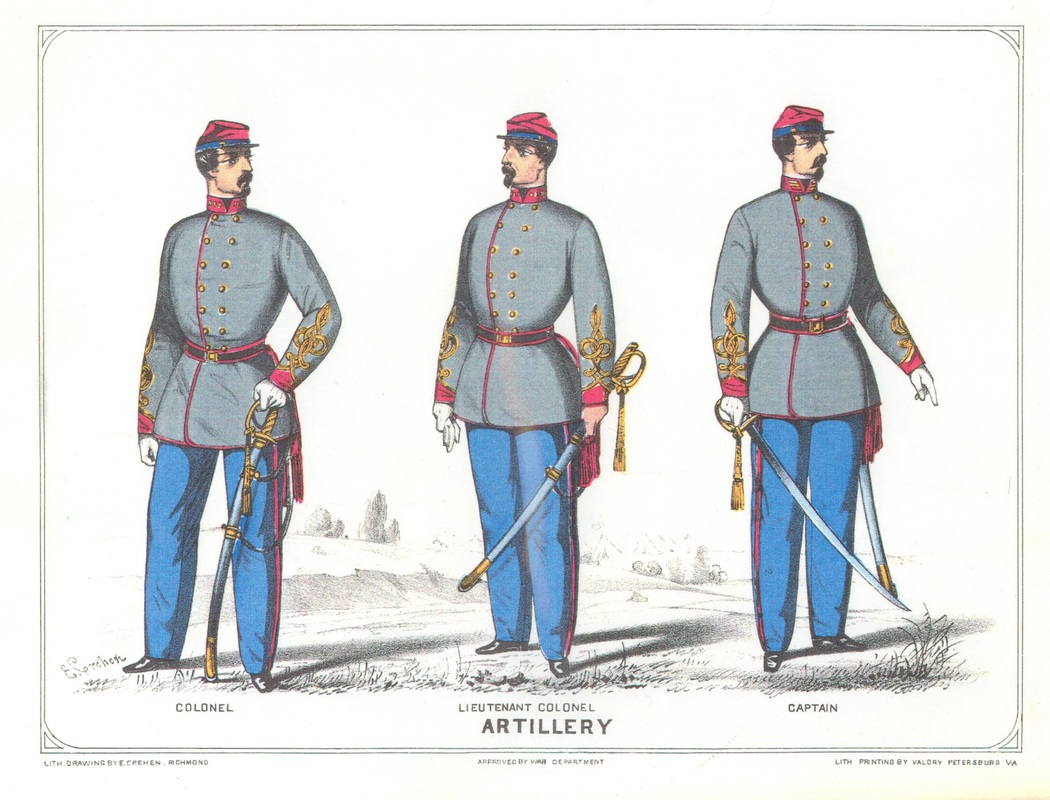 Confederate Uniforms for Officers, NCOs and Enlisted of the C.S. Army during the american Civil War (Artillery, Cavalry, Infantry and Staff), Navy and Marines.

Confederate Battle Flag. The use of wool in the uniform meant that the uniforms were not suited to the warm climates that were common in the South.